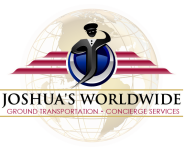 Joshua’s Worldwide provides LOGISTICAL REACH to all parts of the globe.

Headquartered in Connecticut, we have global transportation connections across all seven continents to provide an exceptional travel experience for the most harried executive and discerning tourist.

You can pre-schedule your travel needs abroad before you leave for your trip or call one of our customer service representatives while you are away for ground transportation within the area you are staying – anywhere in the globe. Our customer service representatives are available 24/7 so time zones do not create any barriers. We are able to track all of our guests’ travel in real time & adjust swiftly if your plans change.

Our fleet of sedans, SUVs, vans, mini buses, motor coaches, and stretch limousines are available to our customers anywhere in the world.

One of our team members will be happy to assist you in planning and booking your upcoming travel. Please fill out the form below and we will be in touch shortly.

“I just want to say a huge thank you to Emily, Stephanie and all the team at Joshua's Limousine Service, for the care that they showed my daughter, Catherine. Catherine was travelling from Ireland to Hartford Bradley airport last week. It was a very anxious time for her as she was leaving her family for a year, to study at Western Connecticut State University. It was also the first time she had travelled abroad on her own. After speaking to Stephanie, she reassured me that Catherine would be well looked after and would be picked up just outside baggage reclaim. She also told me that they would keep an eye on her flight, in case it was delayed. Catherine had a lovely driver called Emily, who made her feel really relaxed and chatted to her the whole way to her destination. As a parent, I cannot express how thankful I am to the team for making this part of Catherine's journey so easy and safe - it was so reassuring to us being so far away, knowing that she was being looked after. A big Irish thank you! And for anyone in the same position as us, we would thoroughly recommend Joshua's Limousine Service!!”
Amanda M
“This is by far the best limo service I have ever used in my life! I travel from Florida to Providence all summer and coordinating a pick-up and drop- off used to be my biggest headache. NOT ANYMORE! From the moment I called Joshua's limo, it made my travel plans a hundred times easier. I believe I spoke to Tracy who helped me coordinate my trip and who was also extremely professional and friendly. Then I got picked-up by Robert who was the most charming and helpful driver yet, he even stopped by a Dunkies so that I could get my coffee. I am so happy I switched over to Joshua's limo, they have made my summer so much easier. I highly recommend this company!”
Jenice M
Previous
Next 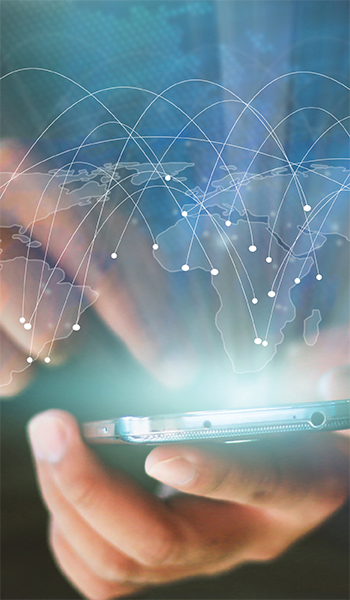